From TransitionSheffield
Jump to: navigation, search 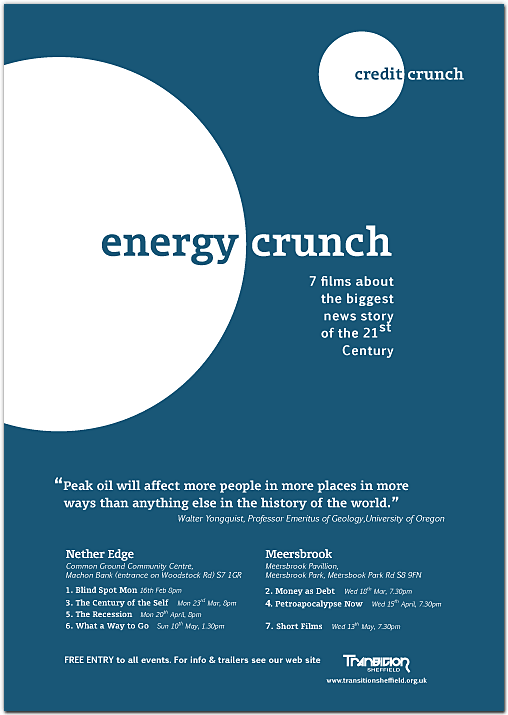 Below are the final design of the flyer. It's an A5 size folded into an A6 size.

These can also be downloaded as PDFs: 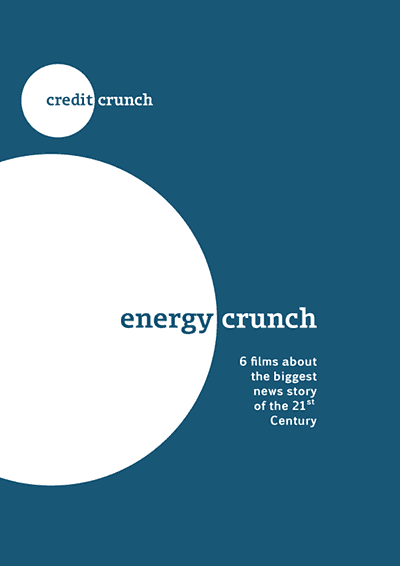 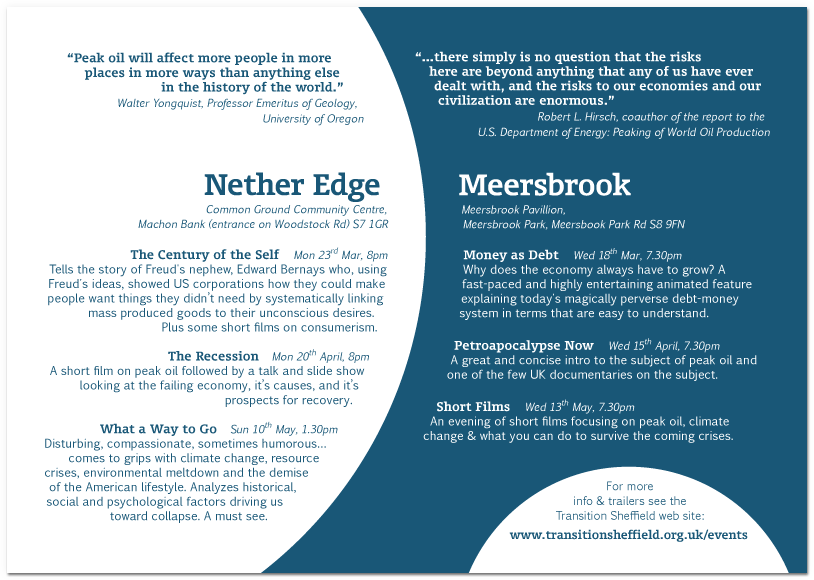 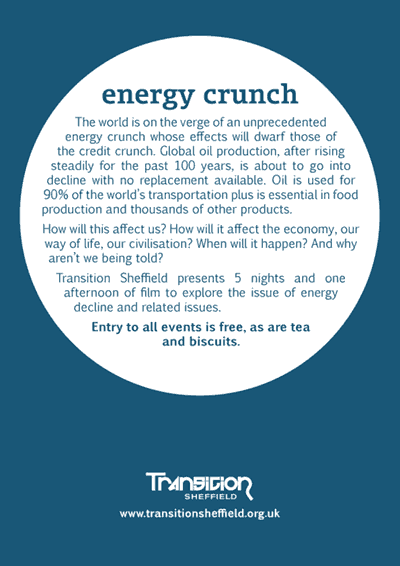 One of the major design decisions is who is your target audience? Who is this work aimed at? Well when it comes to peak oil, climate change and economic collapse the obvious answer is everyone. However that's not a very useful answer and being more specific will probably yield better responses.

We certainly want to tell everyone so the question might be who do we want to tell first. That is to say what groups of people will be most likely to help spread this message further and fastest?

To me there are several obvious choices. The first is young people. Up until the age of around 25 we have the most capacity for not only learning but also unlearning wrong information. For older people it will be more difficult to persuade them that our whole way of life is wrong and is leading us down a path to imminent catastrophe. This is particularly true following the many years of relative peace and security we've enjoyed since the second world war.

The second group of people I'd identify is those people who are already very critical of the way our society is run. Most obviously this would include greens, reds, anarchos, certain religious groups and probably many more besides. Because they are already acutely aware of society's problems it's not such a big step to accept the reality of peak oil. For some it might even be welcome as it strengthens the beliefs they have already.

In terms of spreading the message the single group best able to do that are media and journalists. If we could get a large proportion of say the BBC to take on peak oil then hopefully it would take long before the population as whole took it onboard.

I'd also add people in positions of power who tend to interact with others a lot. The council for instance.

Finally I'd add that in the very near future there are going to be those for whom life starts to get pretty tough: newly unemployed, those crippled by debt, victims of repossessions etc. This kind of person is likely to be looking for answers and so more receptive. 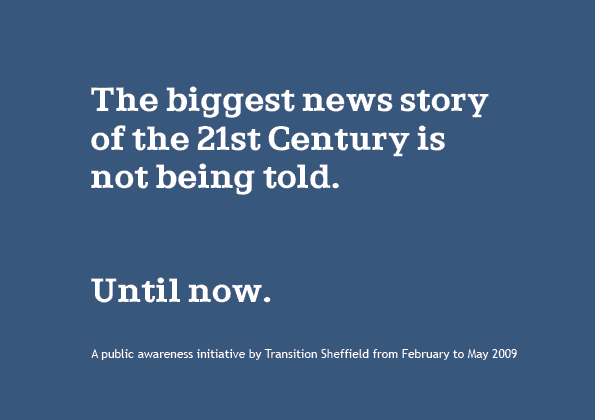 Idea for flyer for film screenings. The idea is that this is roughly in the style of the Guardian (typeface and colour) so it would appeal to what I would broadly call Guardian readers (perhaps sympathizers would be more apt as the group I'm thinking of might not necessarily buy the newspaper). My guess is that these are more likely to be receptive to the idea of peak oil.

This particular quote actually begins with 'Peak oil' but I couldn't remember it when I made the leaflet. By changing it to 'this problem' it perhaps raises a question in the reader's mind, "What problem?". Then again so few people seem to have heard of peak oil that would also raise a question, "What's peak oil?". It's also been shortened from the original for brevity's sake. (see quotations page for full quote).

The image could be used with any other thought provoking text or quotes that aren't too long.

If an image is used vertically in this way it could be the front of a folded A5 with info and film shows in side and some brief stuff about Transition on the back. 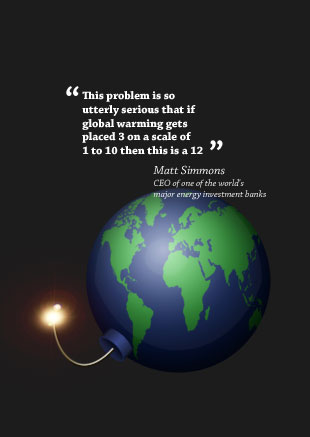 Third version of front of flyer for film shows. This is one colour so cheaper to print than full colour version above. 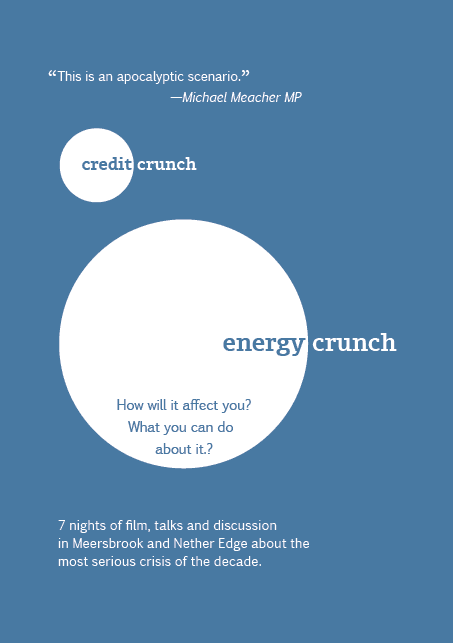 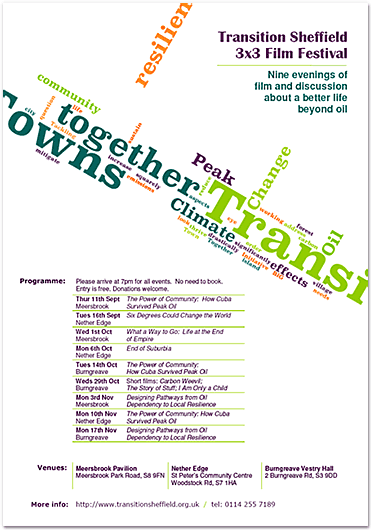